At the turnoff for Viñales, the road changes abruptly from smooth tarmac to coarse packed dirt, with corrugations and basin-sized potholes that make for a lurching, thumping drive.

The Malecon comes alive at sunset. This broad ribbon of cement curves around Havana’s waterfront, and as the sun wanes, the sky turns pink and the road is washed in coppery gold light. Orderly rows of fishermen perch on the sea wall, chatting as they cast their lines and hoping for a haul of bonito tuna or red snapper. Locals sit in pairs, laughing and occasionally canoodling, while the sea breeze brings with it the sound of a three-piece jazz ensemble that’s just started up along the way.

This stretch is considered the classic drive of Havana, tracing over four miles (7km) along the coast from the colonial centre of the Old Town to the business district of Vedado via a stately lineup of weather-faded houses from the 19th century and brutish Russian-style architecture. It’s here that the city meets the surging ocean. When a strong cold front hits this coast as it often does, waves hurl themselves against the sea wall and over, spraying dozens of feet in the air and flooding the road, but today the sea is calm and mild, lapping innocently at the dark rocks of the shore. Unlike most great drives, where the highlight of the journey is glorious scenery passing by the windows, the best sights on the Malecon are on the road itself. Vintage 1950s American cars of all colours and kinds parade along its length. One second there is a dreamy round-nosed Buick in duck-egg blue; the next, a Chevrolet Bel Air convertible in brilliant red with silver fins followed by a royal purple Cadillac. They are so numerous and so perfect-looking, it could be a city-wide classic car rally. The truth is, these vintage cars are not always a dream to drive. As I make my way along the waterfront behind the wheel of a 1955 Chevy – royal red and gold in colour – the gears show flashes of temperament, sticking and occasionally slipping, and the steering has so much give, each turn of the wheel is little more than a gentle suggestion. But there is an indefinable joy in driving one of these vehicles, and it’s not just the warm, fusty smell that evokes the old girl’s decades on the road or her soft leather bench-seats, so broad and comfortable it’s like driving a sofa. I make my way down the Malecon and turn onto the cobbled streets of Habana Vieja, Havana’s Old Town. Left to crumble after the 1959 revolution, Havana is a time capsule, its formerly grand buildings broken and pocked with neglect. The Old Town dates back to the 16th century, and retains vestiges of its former glory. Grand, palm-filled squares are surrounded by streets with imposing churches, houses painted in cheery pastel colours, and tiny kiosks selling freshly butchered meat or piles of fruits warmed by the sun. Overhead, neighbours call to one another as they hang out washing in colourful strings from balconies; others gather on doorsteps to shoot the breeze, as often as not with fat Cuban cigars dangling from their fingers. I wind my way through the Old Town, carefully avoiding street-sellers with their handcarts filled with peanuts or flowers or bread, and I tap my fingers on the wheel in time with the bursts of salsa music that float in through the windows. From here, I head west into Havana’s quieter, more residential suburbs, with wider streets and pretty, detached 1930s houses, and out onto the open road. My destination is Viñales, Cuba’s agricultural heartland, around 110 miles (180km) from the city. Havana disappears from the rear-vision mirror and the roadside spaces grow greener and more open until the landscape is filled to the horizon with broad fields and groves of waving palm trees. As the scenery changes, so do the cars. In Havana, many of the vehicles are beautifully maintained – often convertibles, they’re buffed, perfected and primed to ferry visitors around the Old Town’s sun-dappled streets. Out here on the highway are Cuba’s real vintage cars – many of them old bangers, put to work transporting families or hauling trailers stacked with goods. At the turnoff for Viñales, the road changes abruptly from smooth tarmac to coarse packed dirt, with corrugations and basin-sized potholes that make for a lurching, thumping drive. Out the window, pretty farm houses begin to dot the landscape, many with troupes of scratching, curious hens guarding front gardens. The principal means of transport changes, too. In amongst the mix of old cars, juddering bicycles and carts filled with fresh local tomatoes and aubergines, are horses. Some have single riders on their backs; others are hauling goods on wooden carts that could have been in use a century ago, and guarijos (local farmers) all around sport wide-brimmed ponderosa cowboy hats woven from dried palm leaves. Viñales is in the Pinar del Rio region, the western centre of Cuban agriculture, where much of the country’s best fresh produce is grown in the fertile soil. By the roadside, coffee plantations and fields of yuccas and sweet potatoes give way to rows of young green tobacco plants, whose leaves will soon be dried and expertly rolled into the world’s best cigars. I pull up on the roadside at a viewpoint overlooking the Valle de Viñales. An expanse of red soil and waving crops stretches ahead, bordered with palms and backed by a rugged shelf of green-fringed limestone. In the middle distance, a farmer drives his ox through a field, turning over clumps of iron-rich clay, in a scene that’s three hours’ drive and a hundred years away from the modern bustle of Havana.

This Cuban key is a 35-minute journey by boat from Palma Rubia. It’s a worthwhile trip: sugar-white sand and sapphire waters earmark Cayo Levisa as Pinar del Río’s best beach. American writer Ernest Hemingway first ‘discovered’ the area in the early 1940s. These days Levisa attracts up to 100 visitors daily. You won’t feel like an errant Robinson Crusoe here, you should find time (and space) for plenty of rest and relaxation.

drop us a line and keep in touch 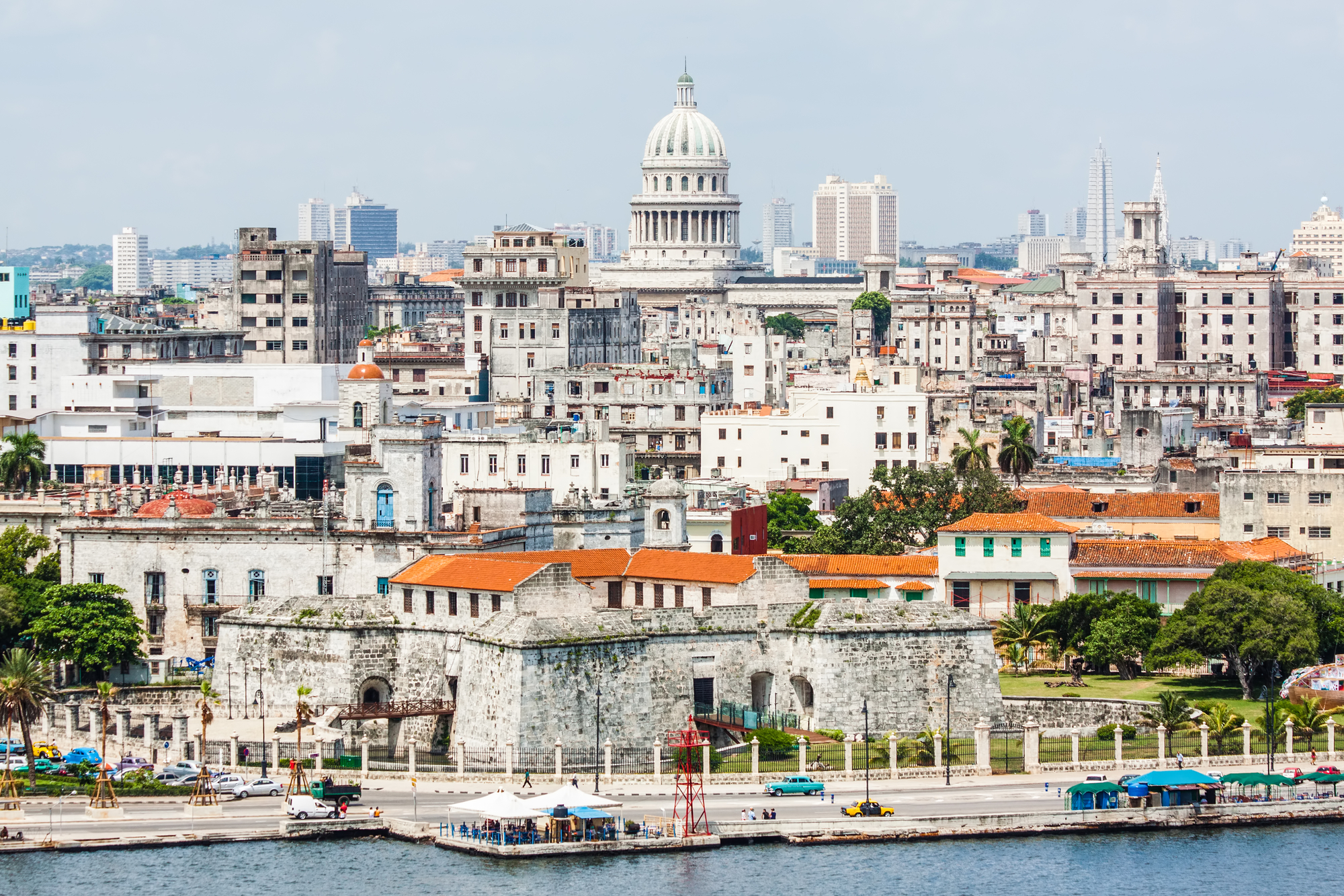